This  interactive map of LA, marking the boundaries of the LA-LA land, illustrates ZeeMaps capability to highlight cities in the United States.

The map was created in less than 2 seconds using the following steps:

If we want a static map of LA, instead of an interactive map, ZeeMaps makes it easy to get images of this map in PNG or PDF format. Use the Print or Share -> PNG/PDF Image menu item on your map to get an image in PNG or PDF format. You’ll need to play around with the image size and the map area to include in the image. Due to the necessity of preserving the aspect ratio, etc., the area that you select to render in the image may not be the exact image that you get.

For example, here’s an image in Satellite mode: 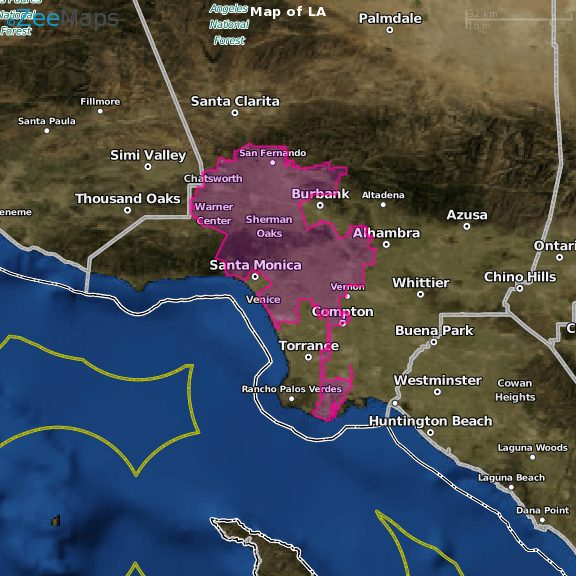 Similarly, we can get a regular map image: 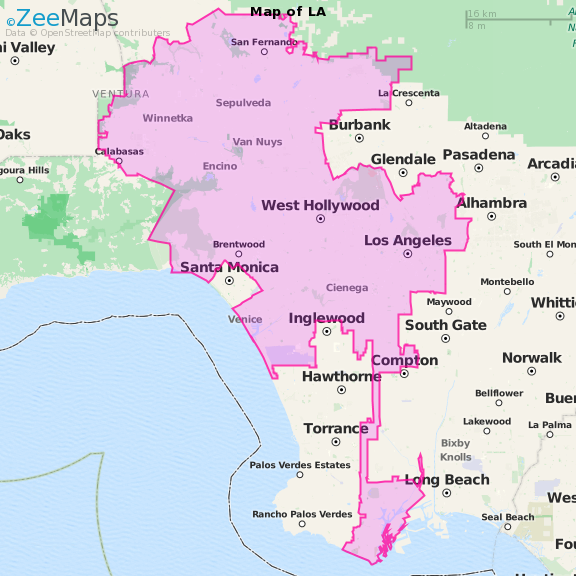 Try out ZeeMaps for yourself. There are many interesting images that you can generate by highlighting places and regions on maps.

10 thoughts on “Map of LA: City of Los Angeles”

Use this form to create your own interactive map.

Once you create a map, you can add markers to the map, highlight regions, add text annotations, upload addresses from Excel spreadsheets, etc.

Share the map in presentations using PNG or PDF images.